What Are The Real Bottlenecks for Blockchain Technology Adoption and Why is VeChain #1?

To be able to grasp why VeChain is so well-positioned to dominate the public blockchain landscape, one must understand the context in which it and other projects sit. What is the value proposition of public blockchain? What are the key problems facing mass adoption of other leading networks? Which technologies has VeChain developed that make it uniquely able to address and overcome those adoption hurdles? Let’s explore these topics one by one.

Public blockchains that enable different stakeholders to have access to Trustworthy Immutable Data pertaining to their transactions is the key to a data revolution, which then in turn changes the behaviors of stakeholders in society, ultimately changing the world as we know it.

The opportunities for Trustworthy Immutable Data are only limited by imagination. We have seen VeChain time and time again delivered real adoption. For example, the ‘faster payments’ solution recently announced as part of the collaboration between VeChain, Fresh Supply Co and Alipay Australia demonstrates an ingenious application of the technology.

By using logistics data logged on the VeChainThor Blockchain via IoT devices, Alipay Australia can now offer to make a loan to the supplier for their goods shipped to buyers in China quickly, as opposed to the old way of waiting through the buyer’s pay period usual 90+ days of no cash inflow. Alipay uses Trustworthy Immutable Data to validate logistics data independently, rapidly accelerating the speed at which value can circulate through the economy. This simple advancement in blockchain application can potentially disrupt supply chain finance industry as a whole. Creating values for not just producers, buyers and logistics companies, but financial services companies as well.

Data written onto the blockchain is garbage in = garbage out.

How do we make sure that the data secured by the blockchain is true? Incorrect or useless data written on the blockchain would merely be useless immutable data, of which the utility is close to non-existence, if not detrimental.

Prior to the creation of the public blockchain technology and even now, the cost of “trust” itself is very significant to all business stakeholders. The inherent lack of trust between parties discussed earlier meant that 3rd party trust providers are needed to facilitate transactions between multiple parties. This is where the multi-hundred billion dollar industry of C.T.I. (Certifications, Testing, Inspection) had been built to add lubrication to business communications and transactions.

The industry is currently led by giants such as DNV GL, SGS, Intertek, NQA, etc. or accounting/consulting firms such as PwC, and Deloitte, and much much more. At the core, these organizations sell their reputation for a living and are literally the embodiment of trust in business.

However, even these giants face the same issues with regards to data storage, management and this is where public blockchain comes into play.

Data written on the blockchain itself is immutable, making data quality a key concern for businesses looking to utilize public blockchain. Even so, these data points can not be trusted to ensure the truthfulness of data by itself, nor can it be a quality check of what is being submitted. This is what is known as the ‘Garbage in – Garbage out’ problem that skeptical critics against blockchain argue.

VeChain has been extremely intelligent in how it addresses this age-old issue. By partnering up with key providers who are leaders of C.T.I. industries such as DNV-GL, PwC and others, companies are able to ensure the quality of theirs and their supplier’s internal processes, providing assurance for the quality of data entering the blockchain in the first instance. By guaranteeing the quality of data, enterprise clients can enable numerous new kinds of collaborative business models.

In summary, VeChain solves the ‘Garbage in – Garbage out’ blockchain dilemma by bringing in global leaders in assurance to guarantee data quality. This is a win-win situation for both VeChain and assurance giants as the value of trust is now transparent and enhanced for all stakeholders.

There are many existing technical problems with other public blockchain platforms: the difficulty of writing data onto the blockchain, slow, scalability, costliness and costless, difficult to upgrade, have fluctuating usage costs, require users to store & manage crypto assets as well as pay transaction fees just to use it.

VeChain solved all of these problems.

VeChain’s PoA mechanism eliminates the threat of foul play by bad actors, scales the blockchain, and at the same time allows the Foundation to preserve the unique ability to upgrade the blockchain when needed.

VeChain has a unique structure – there are 101 block producing nodes globally as part of its ‘Proof of Authority’ (PoA) consensus mechanism. This number strikes the perfect balance of decentralization, scalability and speed, perfectly addressing the blockchain trilemma. VeChainThor (VeChain’s public blockchain) has the agility to rapidly respond to any network issues, upgrade the protocol rapidly and facilitate the levels of throughput enterprise clientele demand to run at commercial scale. Software upgrades are carried out across all nodes uniformly, eliminating the risk of forks, as has happened with other leading networks, such as Ethereum and Bitcoin. This simultaneously addresses a key concern of businesses who are cautious about basing operations on-chain when a network fracture may negatively impact their digital assets or data.

VeChain’s block producers have to first undergo KYC by the Steering Committee, a group chaired by 7 individuals from global organizations such as DNV GL as well as senior VeChain figures. To further ensure decentralization of power, Steering Committee members are elected democratically by VeChain stakeholders.

As a result, VeChain is uniquely able to provide assurance about the individuals handling corporate data whilst ensuring bad actors can be immediately ejected from the network if there is any suspicion of attempted foul play. The PoA mechanism itself selects block producers randomly, meaning influencing block production is all but impossible, even if somehow, a majority of block producers knew each other’s identities. Critically, the data broadcast to the network is processed in a decentralized manner and the blockchain itself remains public and open source, with anyone being able read, write and to deploy their own applications and projects without permission. This maintains the critical openness necessary to give the public blockchain its economic value.

On other public blockchain networks, the price of transactions can fluctuate greatly. On Ethereum, CryptoKitties remains the staple example of how high demand and insufficient throughput can bring a blockchain network to its knees. This unpredictability is unpalatable for business users who demand forecastable costs for the weeks and months ahead. Scalability solutions proposed by other blockchain protocols are needlessly technical, complicated and a nightmare for businesses who require stability for their day-to-day processes.

VeChain solved this issue through the introduction of its unique two-token system, composed of VET and VTHO. VET, the native token generates VTHO and VTHO is used to pay for transactions on the network. When network activity grows and VTHO gets too expensive as a result of increasing market demand, the cost of a transaction in VTHO terms can be reduced, allowing the network to maintain a stable transaction cost in dollar terms. Having these levers built into the token model make VeChain the only network capable of proactively managing the cost to use its network.

To take advantage of public blockchains, there are some unavoidable and problematic aspects to consider – managing tokens to interact with services and paying transaction fees are two of the most notable. For the average level of technical capability, managing wallets and using crypto is simply too difficult, too different and too much of a hurdle to be adopted on a wide-scale. With the invention of fee delegation, VeChain successfully removed one of the biggest hurdles of adoption, the need to directly manage crypto to pay to use the network.

VeChain solved the issue of users having to perform the action of paying for transaction costs to use a public blockchain with the invention of fee delegation, by letting designated 3rd parties pay for the transaction fees on behalf of the users.

Fee delegation simply means allowing a third party to pay the transaction fees instead of the user. While simple sounding, it is an ingenious and transformative solution to one of the biggest hurdles for blockchain adoption. With this technology, average citizens and businesses can use public blockchains without ever having to manage crypto assets or convert/spend them to broadcast a transaction. Instead, they can simply use a blockchain product, service or application as they would any other internet-based application.

The functionality of fee delegation was enhanced even further recently with the addition of the ‘ToolChain Credit’ (TCC) – a non-crypto credit that can be acquired by businesses with fiat and spent to write data to the blockchain when using ToolChain, VeChain’s all-in-one blockchain toolkit. This new addition completely removes the need for companies to interact with crypto, enabling the widest possible user base for the network by providing a solution for companies in legally grey jurisdictions, like the US and China.

Fee delegation and TCC open doors that simply do not exist on other networks. Most importantly, When TCC is spent, VTHO is burned, ensuring the token economics remain intact and ensuring even more value will be brought to the network in the coming years.

Closing thoughts and up next

Looking at how VeChain has systematically and successfully addressed key bottlenecks facing mass adoption of public blockchain, it is difficult not to find the project extremely compelling.

Thank you for reading. 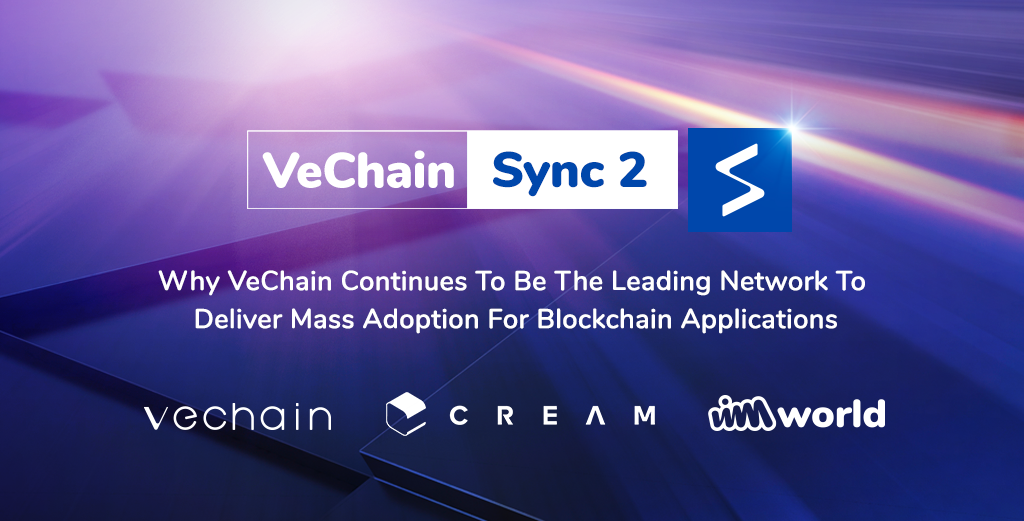 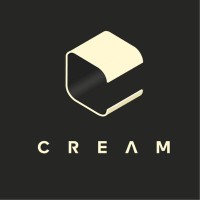 CREAM co-founder: That’s why VeChain is the no. 1 enterprise blockchain